For the longest time I have said that the Playstation controller was the best controller. Not any longer. The PS4 controller sucks! The touch pad is way to big, the share and options button are flush and hard to press. Then the option button when it is not hard to press it is pressed accidentally because it is so close the square button. For me it is not comfortable to use!

I have been playing my Xbox One a lot and I actually much prefer the Xbox One controller over the PS4 controller. It feels more natural even though it is more bulky and much heavier. I will be buying an Elite controller at some point, probably not on day 1 though. I would love to see Sony come out with something similar because they really need something different. The PS controller design is flat and boring! 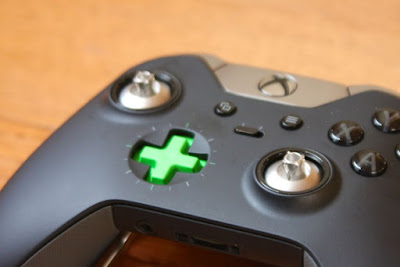 Email ThisBlogThis!Share to TwitterShare to FacebookShare to Pinterest
Labels: Xbox Elite, Xbox One

PS4 is the console I play the most, mostly because that is the console I have the most games for. I play a wide variety of games on the PS4, some of my favorites; MLB The Show, Elder Scrolls Online, Battlefield: Hardline, and Little Big Planet 3.

My username on the Playstation 4; iCrizzo