I recently purchased a Fitbit Alta to use to track my outdoor activities and I wanted to get a couple of different bands for my Alta. The Cambond Milanese band for Fitbit Alta is a beautifully designed strap that makes my Fitbit Alta look more like a fashion piece than a fitness tracker. I will most likely wear this band when I am not working out but when I am wearing my Fitbit Alta throughout the day to track my steps walked. The black Cambond strap matches the black Alta perfectly, the band is very easy to replace and takes no longer than 30 seconds to remove the stock bands and replace them with the Cambond Milanese band.

Here are some details for the Cambond Fitbit Alta Milanese band. It will fit wrist sized; minimum 5.71 in / 14.5cm to maximum 9.06 in / 23cm. It comes in two colors; black and silver. It features a magnetic clasp that will lock the band in place. I found the magnet to be very strong! Also, if your hand is too large to slide the band over, you can easily attach one-side of the band to the Alta, then put the Alta on your wrist and attach the other side of the band to the Alta; obviously your hand is much wider/larger than your wrist but even so it isn't an issue. I haven't noticed the band pulling on my arm hairs, but I don't have very hairy wrist so that is something I really don't have to worry about.

If you are looking for a second strap for under $20 for your Fitbit Alta then I highly recommend checking out the Cambond Milanese band. Not only does it feel great on the wrist, it looks terrific too! 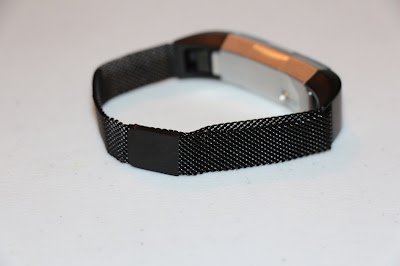 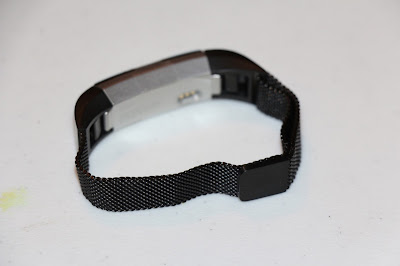 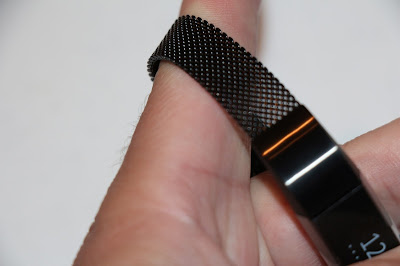 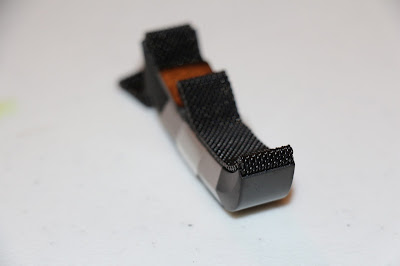